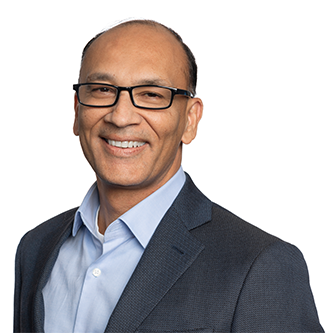 Rick has helped bring transformative medicines to patients in more than 10 therapeutic areas at multiple successful biotech companies. Before joining Affinia Therapeutics, Rick was chief business officer at AveXis, where he played a significant role in the launch of Zolgensma®, the company’s flagship gene therapy product, and the company's build and sale to Novartis for $8.7 billion. Prior to AveXis, Rick was chief business officer at Catabasis Pharmaceuticals and senior vice president in the commercial group at InterMune until its acquisition by Roche. Prior to that, Rick held roles of increasing responsibility at MedImmune (AstraZeneca) and Centocor (J&J). Before joining the biopharma industry, Rick practiced as a clinical pharmacist in a hospital setting. He received a B.S. in pharmacy from the University of Iowa and an M.B.A. from the Wharton School.

You are now leaving www.affiniatx.com